VFD vs VSD: Are They The Same?

To answer that question simply: yes and no. Though, that’s not quite so simple, is it?

Of course, the differences can be detailed in a much lengthier description — one that requires a bit more research to tell you how, where and when they’re best used. In this blog, we’ll try to clear up any misconceptions between the two and clarify their definitions.

It’s true. Both VSDs and VFDs accomplish the same goal: they vary the speed of the driven equipment. But HOW they do so is the defining difference.

VSDs change the speed driven equipment while leaving the motor to operate at its full design speed. In an AC motor, an alternating electric current is passed through distributed stator winding to create a rotating magnetic field that is used to drive a shaft. AC motors drive rotating machines such as fans, pumps and compressors at a single speed and can be found often in heating, ventilation and air conditioning (HVAC) systems. The rotational speed and torque of an AC motor is determined by the frequency and voltage of the supply. Since the supply of electricity is constant, then then speed of the motor remains fixed. If speed needs to vary, then a VSD would be effective. By adding a VSD to an AC motor, speed can be varied with precision.

As an example, let’s look at an HVAC fan in a building. When demand for the fan speed decreases, then the fan can be controlled to slow the speed, reduce the energy flow and therefore, reduce energy consumption and overall usage costs.

Often, DC motors are retrofitted with an AC motor and AC variable speed drive to accomplish the speed variation needed for its application. Eddy Current drives are VSDs,  however, they utilize a DC magnetic field to link two members — one on the input shaft and one on the output shaft. Increasing the DC current to the coil increases the coupling of the two members thus delivering more torque to the load. A tachometer is used to control the velocity and torque.

Eddy Current losses in efficiency are as follows:

The bottom line is that it is best to run an Eddy Current device at or near rated speed. Typically, 80 – 100% is recommended to optimize efficiency.

VFDs control motor speed by varying the voltage and frequency applied to the stator of a standard AC motor. VFDs can vary speed control at startup, during the run, and at motor stop. A standard AC motor has a published efficiency and power factor. They are quite high, typically well above 90%, but only for a sinusoidal excitation at rated frequency. When operated on a VFD, the power supplied to the motor includes a significant harmonic content that does not work, but adds to the motor losses, which diminishes the efficiency of the motor.  This condition worsens as speed is reduced.

VFDs are often equipped with bypass starter schemes to enable a pump when the VFD may fail.  Many are equipped with air conditioning to maintain safe operating temperature.  Some designs require custom-designed harmonic filters to meet regulatory harmonic distortion limits.  Each of these solutions comes at a cost for the additional hardware.  In addition, there is often a substantial cost to make room for and install all this equipment, even to the extent of adding new construction to existing facilities or designing added space to new facilities. The additional power necessary to operate this additional hardware is often ignored when calculating the presumed efficiency of the system.

VFD losses in efficiency are as follows:

All the losses above become a larger percentage of output horsepower as speed is reduced.

A little-known fact is that an AC induction motor is a magnetic clutch operating at a slip (against a rotating field). The slip increases under increased load, considerably more at low speeds. At a Pulse Width Modification (PWM) equivalent base speed of 100 RPM the motor would operate at 50 RPM if its rated slip were 50 RPM (a 1750 RPM motor). Thus, torque boost (increase in voltage) is used to start under load. This slip is a loss that becomes a higher percentage of output as speed is reduced. If torque boost is used, the losses are higher still.

Finally, above about 82% of base speed, the Eddy Current actually has better system efficiency than the VFD due to lower controller losses and sinusoidal excitation.

If you think you have a need for an Eddy Current VSD, contact us at [email protected] to determine how we can best help! We Have VSD Inventory For a Limited Time! Gallery

We Have VSD Inventory For a Limited Time! 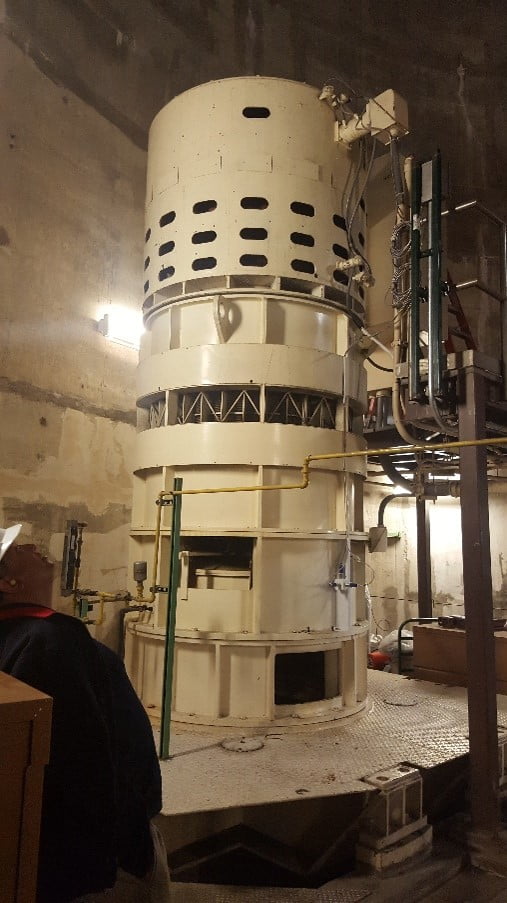 Why Choose Eddy Current Over VFD? We Explain. Gallery

Why Choose Eddy Current Over VFD? We Explain.